Kilmainham Gaol opened in 1796 as the new County Gaol for Dublin. It closed its doors in 1924.

Today the building symbolises the tradition of militant and constitutional nationalism from the rebellion of 1798 to the Irish Civil War of 1922-23. Leaders of the rebellions of 1798, 1803, 1848,1867 and 1916 were detained and in some cases executed here. Many members of the Irish Republican movement during the Anglo-Irish War (1919-21) were also detained in Kilmainham Gaol, guarded by British troops. Names such as Henry Joy McCracken, Robert Emmet, Anne Devlin, Charles Stewart Parnell and the leaders of 1916 will always be associated with the building. It should not be forgotten however that, as a county gaol, Kilmainham held thousands of ordinary men, women and children. Their crimes ranged from petty offences such as stealing food to more serious crimes such as murder or rape. Convicts from many parts of Ireland were held here for long periods waiting to be transported to Australia. Kilmainham Gaol Museum is operated and managed by the Office of Public Works. 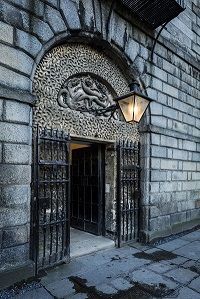 A visit for primary level students can be used to support various aspects of the curriculum including:

Under the terms of the Free Educational Visits for Schools Scheme, certain qualifying school/educational visits are permitted free of charge provided certain conditions are met. These conditions are set out on the Heritage Ireland website.

For more information and to arrange a visit go to Kilmainham Gaol Museum.